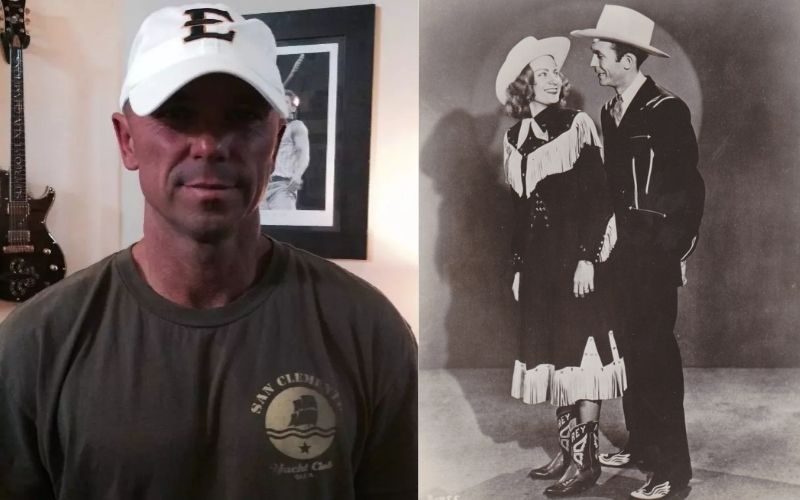 Gone With The Wind made its world premiere in Atlanta in 1939. Starring Clark Gable, the film is namechecked in the 1989 Alabama hit “Song Of The South,” which borrows its name from another ’40s-era picture to paint a portrait of the South in the 20th century

Hank Williams married Audrey Guy at a gas station outside Andalusia, AL in 1944.

That same day in ‘44, Jim Reeves re-signed with the St. Louis Cardinals. The contract paid approximately $100-a-month to pitch for their B-level farm team in Lynchburg, VA.

Elvis Presley made a return appearance on The Louisiana Hayride in 1956 – eight months after ending his run as a weekly performer. To quiet fans when he finished, “Hayride” producer Horace Logan coined the phrase, “Elvis has left the building.“

Tammy Wynette recorded ‘Til I Can Make It On My Own in 1975. She later said it was her favorite of all the songs she had a hand in writing.

That same day in ‘75, Jerry Lee Lewis recorded I’m Knee Deep In Loving You at Nashville’s Soundshop, 18 months before Dave & Sugar cut the hit version of the song.

In 1976, the Kendalls recorded Heaven’s Just A Sin Away during a 10 a.m. session at Nashville’s LSI Studios.

It was a productive day for Johnny Paycheck in 1976. The outlaw recorded two of his most successful songs on the same day – Slide Off Your Satin Sheets and I’m The Only Hell (Mama Ever Raised) at the Columbia Recording Studios in Nashville.

Naomi Judd graduated from the nursing program at California’s College of Marin in 1977.

Alan Jackson married Denise Jackson (she already has the same last name) at the First Baptist Church in Newnan, GA in 1979. He sang The Wedding Song.

Ronnie Milsap recorded Stranger In My House at Groundstar Laboratory in Nashville in 1982. The song was written by NFL player, Mike Reid. The song won a GRAMMY in 1984.

An old report on the death of Hank Williams was uncovered in a police file in 1982. The report indicated that although Oak Hill, WV has long been listed as the place he died, Williams may have already been dead when he was taken from a Knoxville hotel.

Kenny Chesney graduated from East Tennessee State University on this date in 1990.

Naomi and Wynonna Judd sang together in public for the first time since their final concert, on Bob Hope’s Bag Full Of Christmas Memories, a two-hour NBC special in 1993.

A.P. Carter was born in Maces Spring, VA in 1891. Along with his wife, Sara, and her cousin, Maybelle, The Carter Family became a pioneering force in country music. The group entered the Country Music Hall of Fame in 1970.

Nudie Cohn was born in Kiev, Ukraine in 1902. The Hollywood clothier brought the rhinestone suit to prominence, fashioning outfits for Hank Williams, Elvis Presley and Porter Wagoner, among others.

Songwriter Tommy Durden was born in Morgan County, GA in 1919. He co-wrote the classic Heartbreak Hotel, made famous in 1956 by Elvis Presley and reconstituted in 1979 by Willie Nelson & Leon Russell.

Pioneering disc jockey Alan Freed was born in Johnstown, PA in 1922. Destined for membership in the Rock & Roll Hall of Fame, he is credited as a co-writer on The McGuire Sisters’ Sincerely, covered for country in the 1980s by The Forester Sisters.

Jerry Wallace was born in Guilford, MO in 1928. After a minor pop/rock career in the 1960s, he shifted into country music, netting four hit singles in the 1970s, with If You Leave Me Tonight I’ll Cry earning the largest success.

Ernie Ashworth was born in Huntsville, AL in 1928. He joined the Grand Ole Opry in 1964 on the heels of his hit Talk Back Trembling Lips, which inspires his trademark suits, embroidered with large, sequined lips.

Randy Parton was born in Sevierville, TN in 1955. The younger brother of Dolly and Stella Parton, he performed one song on the 1984 soundtrack to Rhinestone.