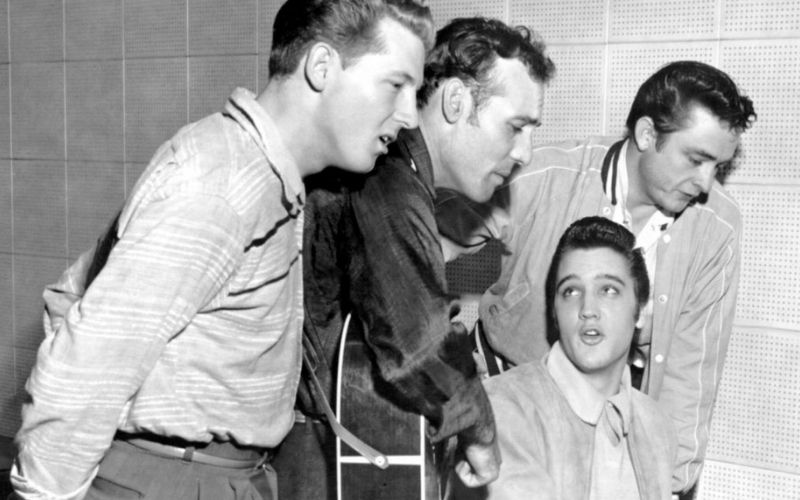 December 4th is one of the most important dates in all of music history. That’s because in 1956 Elvis Presley, Carl Perkins, Johnny Cash and Jerry Lee Lewis were all together at the Sun studio in Memphis. They were there mainly to watch a recording session for “The Killer” that turned into an impromptu jam session. The event was subsequently dubbed “The Million Dollar Quartet”

Eddy Arnold held his first recording session at the WSM radio studios in Nashville in 1944. He recorded his first hit, Each Minute Seems A Million Years, and his first version of The Cattle Call.

A little more than two decades after his first recording session, Eddy Arnold earned a #1 Billboard country single in 1965 with arguably the biggest hit of his career – Make The World Go Away.

Hank Williams Jr. recorded a song in 1968 that was technically written with his daddy. Hank, Sr. had started writing Cajun Baby, but never finished writing it. Junior completed the composition before recording it.

A Congressional hearing on a bill for a folk foundation was held at the Ryman Auditorium in Nashville in 1971. The event included performances by Roy Acuff, Bill Monroe, The McGee Brothers, Jean Shepard and Mac Wiseman.

Dolly Parton recorded The Bargain Store during a 10 a.m. session at RCA Studio B in Nashville in 1974. Five years later, she recorded Old Flames Can’t Hold A Candle To You on this date in 1979.

Barbara Mandrell finished her Las Vegas nightclub debut in 1982 where she earned a reported $300,000 per week.

The Judds performed the final show of their Farewell Tour at the Murphy Center in Murfreesboro, TN in 1991.