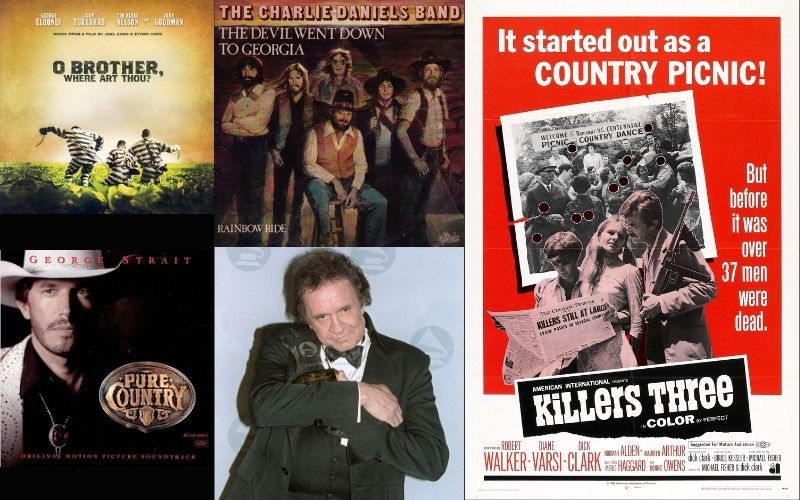 The movie Killers Three opened in 1968 with Merle Haggard playing a sheriff who gets killed by Dick Clark. The picture incorporates his performance of Mama Tried.

The Johnny Cash Show set a record for New York’s Madison Square Garden in 1969, attracting 21,000 people. The concert was issued as a live album in 2002 with appearances by June Carter, The Carter Family, Carl Perkins, The Statler Brothers and Tommy Cash.

The Charlie Daniels Band recorded The Devil Went Down To Georgia at Nashville’s Woodland Sound Studios in 1978.

Molly O’Day died from cancer in Huntington, WV in 1987. A hard-country singer who peaked in the 1940s, she was best known for her recording of Tramp On Your Street.

Ricky Van Shelton made his first appearance at #1 on the Billboard country singles chart in 1987 with Somebody Lied.

Johnny Cash was named a Grammy Living Legend in 1990 on CBS-TV, with Dwight Yoakam, Rosanne Cash and June Carter Cash performing a tribute.

George Strait topped the Billboard chart in 1992 with I Cross My Heart, from the Pure Country soundtrack.