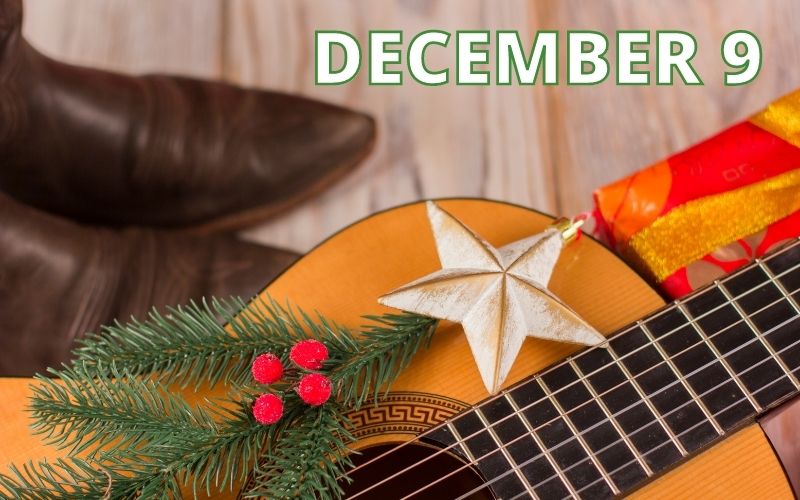 Fiddler Tommy Jackson died in Nashville in 1979. One of the most influential musicians to play the instrument, he took part in recordings by Hank Williams, Webb Pierce, Ray Price and Little Jimmy Dickens, among others.

Garth Brooks earned the first of many #1 singles in 1989 with If Tomorrow Never Comes.

Mel Tillis recorded a song he wrote in 1966 though Ruby, Don’t Take Your Love Town wouldn’t become a mega hit until it was remade by Kenny Rogers & The First Edition.

Merle Haggard recorded Hungry Eyes and Silver Wings on the same day in 1968 at the Capitol Recording Studios in Los Angeles.

A small fire caused $25,000 in damage at Gilley’s nightclub in Pasadena, TX back in 1989. The local fire chief classified the blaze as arson.

Alan Jackson’s rendition of Tall, Tall Trees gets planted at #1 on the Billboard country chart in 1995. The song is written by two members of the Country Music Hall of Fame: George Jones and Roger Miller.

Faron Young shot himself in 1996. He was apparently distraught over his slumping career. He died a day later.

Drummer Mike Botts died from cancer in Burbank, CA in 2005. A former member of the pop band Bread, he also appeared on Johnny Lee’s Lookin’ For Love and Linda Ronstadt’s Crazy.

Billy Edd Wheeler was born in Whitesville, WV in 1932. He scored a novelty hit in 1964 with Ode To The Little Brown Shack Out Back. He also wrote Jackson for Johnny Cash & June Carter, and Coward Of The County for Kenny Rogers

David Houston was born in Bossier City, LA in 1935. He won a Grammy award for his 1966 recording of Almost Persuaded, and records with both Tammy Wynette and Barbara Mandrell while joining the Grand Ole Opry in 1972.

Sylvia Kirby was born in Kokomo, IN in 1956. A secretary for record producer Tom Collins, she emerges with a series of glossy, pop-tinged recordings in the 1980s, topped by the million-selling Nobody.

Pop singer Donny Osmond was born in Provo, UT in 1957. In 1976, he joined sister Marie Osmond, with whom he hosts a TV variety show. They also won the American Music Award for Favorite Country Band, Duo or Group.