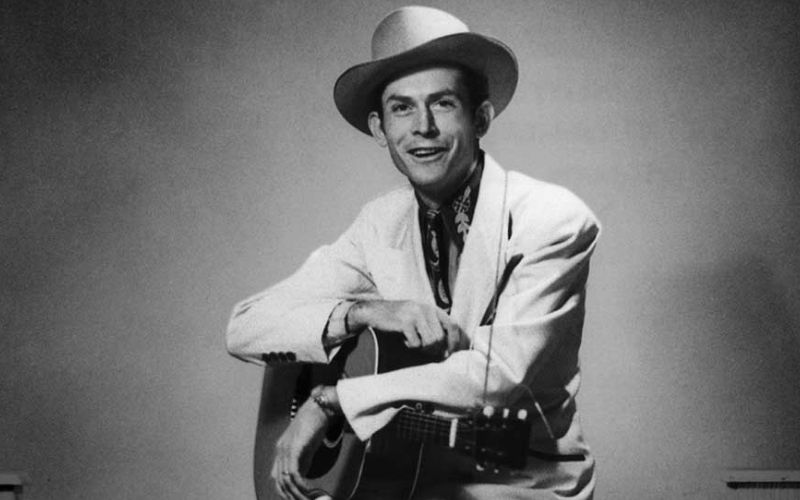 Loretta Webb married Oliver “Mooney” Lynn in Butcher Holler, KY, officially becoming Loretta Lynn in 1948. He gave her her first guitar, became her first manager, and inspired many of her feisty domestic songs.

Hank Williams began hosting a morning show, sponsored by Johnnie Fair Syrup, on Shreveport radio station KWKH in 1949. He billed himself as “the ol’ syrup sopper.” The job lasted about four months, before he moved to Nashville.

Hank Williams recorded his first recitations as Luke The Drifter at the Castle Studio in downtown Nashville on January 10, 1950.

Audrey Williams filed for divorce from Hank Williams for the second time in four years in 1952.

After kicking off the studio date with Ray Charles’ I Got A Woman, Elvis Presley recorded Heartbreak Hotel during his first Nashville session in 1956, held at the Methodist Television, Radio & Film Commission.

Roger Miller held his first recording session in 1964. He was working for Mercury Records’ sister label, Smash. The session at the Columbia Recording Studios in Nashville started in the peak period of his career.

Clint Black joined the Grand Ole Opry during a taping for its 65th anniversary special in 1991.

Patty Loveless recorded Halfway Down at Woodland Sound in Nashville in 1994. Alan Jackson recorded Livin’ On Love that same day.

Singer Kelly Lang was born in Oklahoma City in 1967. The daughter of Conway Twitty’s road manager, she married T.G. Sheppard seven months after her 40th birthday.