Merle Haggard was imprisoned at San Quentin in 1958 for a botched burglary attempt.

1979: The Oak Ridge Boys recorded Dream On at a Woodland Sound session in Nashville.

1985: Randy Travis records four songs in his first recording session for Warner Bros. Among them is Prairie Rose, destined for the soundtrack to Rustler’s Rhapsody, and On The Other Hand.

1986: George Strait records Nobody In His Right Mind Would’ve Left Her at the Sound Stage in Nashville.

1961: Capitol released Buck Owens’ self-titled album, the first of 50 compiled for the company over the next 15 years 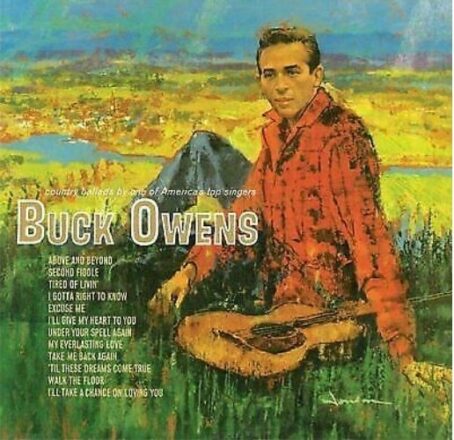 Comic and musician Harold Morrison was born in High Lonesome, MO in 1931. He opened many of Loretta Lynn’s shows and plays on her hits Fist City, Happy Birthday and Blue Kentucky Girl.

Songwriter Melvin Endsley was born in Drasco, AR in 1934. Endsley wrote Marty Robbins’ Knee Deep In The Blues and Singing The Blues.

Norma Jean Bowman was born in Pell City, AL in 1937. Under the stage name Jeanne Pruett, she joined the Grand Ole Opry in 1973, coinciding with the biggest recording of her career, Satin Sheets.

Norma Jean Beasler was born near Welliston, OK in 1938. Known professionally as Norma Jean, she became a regular on TV’s The Porter Wagoner Show, replaced by Dolly Parton when she left the show in 1967 to get married.

Record producer Jerry Bradley was born in Nashville in 1940. He succeeded Chet Atkins in 1973 as the head of RCA’s country division, producing hits for Charley Pride, Dave & Sugar and Johnny Russell; and overseeing the peaks of Waylon Jennings and Dolly Parton.