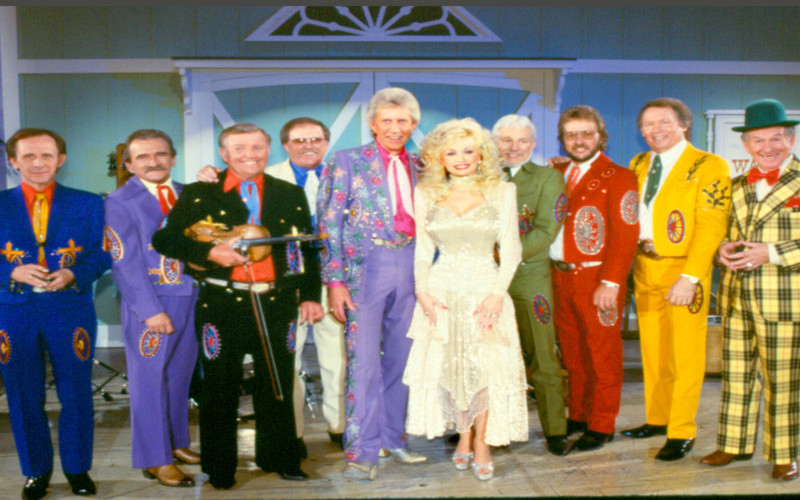 Jul 15, 1913
Lloyd “Cowboy” Copas is born in Blue Creek, Ohio. Dubbed the Waltz King of the Grand Ole Opry, he fashions such hits as “Filipino Baby” and “Alabam.” He dies in the same 1963 plane crash that kills Patsy Cline
Jul 15, 1946
Linda Ronstadt is born in Tucson, Arizona. A multi-styled singer with a powerful voice, she finds success in country music with such singles as “Blue Bayou” and “When Will I Be Loved,” as well as in collaborations with Dolly Parton and Emmylou Harris


Jul 15, 1951
The Jay-Cees in Montgomery, Alabama, sponsor a Hank Williams Homecoming that includes performances by Hank Snow, The Carter Family and Chet Atkins, who’s billed as the “Teenage Tantalizer”
Jul 15, 1957
Mac McAnally is born in Red Bay, Alabama. He scores a minor hit as an artist with 1990’s “Back Where I Come From,” teams with Kenny Chesney on “Down The Road” and writes such hits as “Two Dozen Roses,” “All These Years” and “Old Flame.” He also wins the Country Music Association’s Musician of the Year six times
Jul 15, 1957
The Everly Brothers net their first #1 country single with “Bye Bye Love”

Jul 15, 1961
Bill Anderson joins the Grand Ole Opry
Jul 15, 1973
Guitarist Clarence White dies after being hit by a drunk driver in a nightclub parking lot. He spent three years as a member of the country-rock pioneers The Byrds
Jul 15, 1974
Waylon Jennings records “Rainy Day Woman” and “Amanda” at Nashville’s Glaser Studios. He overdubs new lyrics to “Amanda” nearly five years later, before including it on his “Greatest Hits”
Jul 15, 1974
Dolly Parton formally dissolves her partnership with Porter Wagoner
Jul 15, 1985
Kenny Rogers appears on “Lifestyles Of The Rich & Famous”

Jul 15, 1987
Capitol releases Tanya Tucker’s “Love Me Like You Used To” album
Jul 15, 1999
The late Elvis Presley receives 50 gold, platinum and multi-platinum awards, including the quadruple-platinum “Hound Dog” and “Don’t Be Cruel,” triple-platinum “Love Me Tender” and double-platinum “Heartbreak Hotel” and “(Let Me Be Your) Teddy Bear”
Jul 15, 2008
Warner Bros. releases the Randy Travis album “Around The Bend”
Jul 15, 2010
Songwriter Hank Cochran dies of pancreatic cancer at his home in Hendersonville, Tennessee. Among his compositions: Patsy Cline’s “I Fall To Pieces,” Eddy Arnold’s “Make The World Go Away,” Vern Gosdin’s “Set ‘Em Up Joe” and George Strait’s “Ocean Front Property.” He joins the Country Music Hall of Fame in 2014