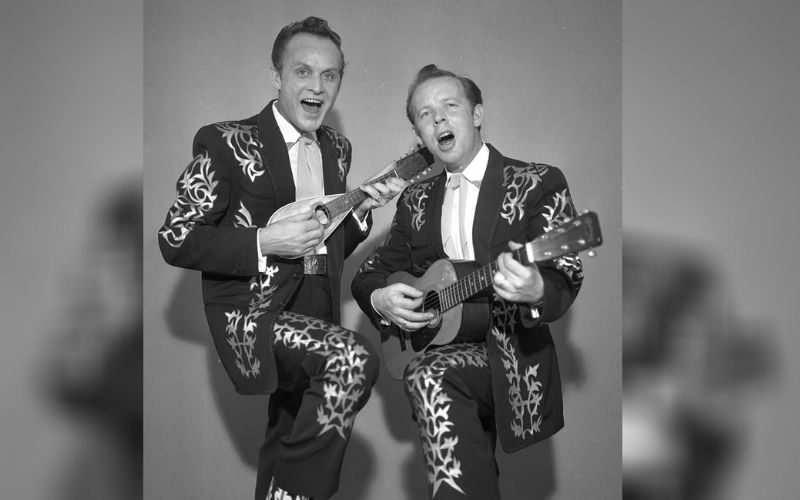 Jul 7, 1927
Charlie Louvin, of The Louvin Brothers, is born in Section, Alabama. Along with brother Ira, they mix gospel and country, landing on the Grand Ole Opry in 1955. Charlie remains with the Opry following his brother’s death in 1965
Jul 7, 1930
Doyle Wilburn is born in Hardy, Arkansas. He teams with younger sibling Teddy to form The Wilburn Brothers, debuting on the Grand Ole Opry as pre-teens. They net 14 Top 10 hits from 1954-1966 and publish Loretta Lynn’s first songs


Jul 7, 1940
Drummer Richard Starkey–a.k.a. Ringo Starr–is born in Liverpool, England. He rises to fame as a member of The Beatles, who have songs covered by Sweethearts Of The Rodeo, Rosanne Cash and Johnny Rodriguez
Jul 7, 1947
Songwriter Randy Goodrum is born in Hot Springs, Arkansas. He authors Anne Murray’s “You Needed Me,” Michael Johnson’s “Bluer Than Blue” and Dottie West’s “A Lesson In Leavin"”
Jul 7, 1952
Keyboard player Floyd Domino is born. He becomes a member of Asleep At The Wheel and plays with George Strait, appearing on such hits as “Love Without End, Amen,” “I’ve Come To Expect It From You” and “If You Ain’t Lovin’ (You Ain’t Livin’)”
Jul 7, 1956
After Carl Smith’s introduction, Johnny Cash makes his Grand Ole Opry debut at Nashville’s Ryman Auditorium, performing “I Walk The Line,” “Get Rhythm” and “So Doggone Lonesome.” Backstage, Cash also meets his future wife, June Carter, for the first time
Jul 7, 1968
Cal Smith concludes a five-year run as a member of Ernest Tubb’s Texas Troubadours
Jul 7, 1969
Tom T. Hall records “Homecoming” and “Shoeshine Man” at the Monument Recording Studio in Nashville
Jul 7, 1973
Kris Kristofferson’s “Why Me” reaches #1 on the Billboard country singles chart

Jul 7, 2010
Recording engineer Bill Porter dies in Ogden, Utah. Among his credits are Elvis Presley’s “It’s Now Or Never,” The Browns’ “The Three Bells” and Skeeter Davis’ “The End Of The World”