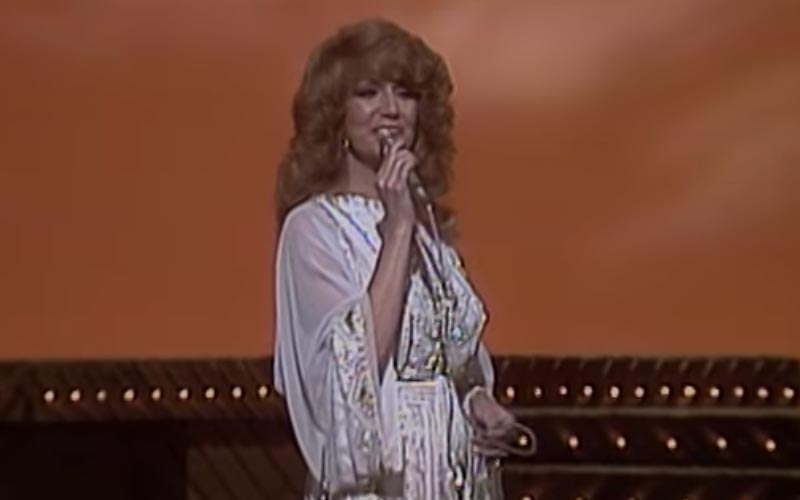 Jun 13, 1936
The Dixie Tabernacle becomes the home of the Grand Ole Opry, seating 3,500. The Opry remains there for the next three years. Pee Wee King and Roy Acuff both make their first Opry appearances at the venue
Jun 13, 1947
Mary Lou Turner is born in Hazard, Kentucky. A singer on Bill Anderson’s road show from 1973-1980, she joins Anderson on a pair of Top 10 singles, “Sometimes” and “That’s What Made Me Love You”
Jun 13, 1952
Hank Williams records “Jambalaya (On The Bayou),” “Settin’ The Woods On Fire” and “I’ll Never Get Out Of This World Alive” at the Castle Studio in Nashville


Jun 13, 1963
Ray Price records “Make The World Go Away” in an overnight session at the Columbia Studios in Nashville
Jun 13, 1970
Johnny Cash is featured on the cover of TV Guide
Jun 13, 1972
“The Glen Campbell Goodtime Hour” makes its last prime-time appearance on CBS. Guests for the episode include Lynn Anderson, Ken Berry and Jerry Reed
Jun 13, 1973
Dolly Parton records “I Will Always Love You” in a morning session at Nashville’s RCA Studio B. She also records her own version of “Kentucky Gambler,” destined to become a hit when it’s recorded by Merle Haggard
Jun 13, 1980
The movie “Roadie” opens, with cameo appearances by Roy Orbison, Asleep At The Wheel, Merle Kilgore, Ramblin’ Jack Elliott and Hank Williams Jr. The soundtrack includes Eddie Rabbitt’s “Drivin’ My Life Away” and Blondie’s version of “Ring Of Fire”
Jun 13, 1981
Dottie West’s “What Are We Doin’ In Love,” featuring Kenny Rogers, appears at #1 on the Billboard country chart

Jun 13, 1987
Randy Travis begins a three-week stay at #1 on the Billboard country chart with “Forever And Ever, Amen”
Jun 13, 1989
A week before the opening of the movie “Great Balls Of Fire,” Jerry Lee Lewis receives a star on the Hollywood Walk Of Fame
Jun 13, 1991
Dottie West bids for many of her own possessions, but loses most as the Internal Revenue Service sells her belongings to satisfy a $1.5 million debt. Among the items purchased: a white baby grand piano, $4,900; and a 1976 Cadillac Fleetwood, $3,100
Jun 13, 1995
BNA releases Kenny Chesney’s “All I Need To Know” album
Jun 13, 2004
Dolly Parton’s “I Will Always Love You” is proclaimed the #1 country ballad of all-time in the premiere of “CMT 100 Greatest Love Songs”

Jun 13, 2010
Jimmy Dean dies at home in Varina, Virginia. Best known for the million-selling “Big Bad John,” he spent significant time as a network-TV host and the owner of Jimmy Dean sausage. He is inducted into the Country Music Hall of Fame in October 2010
Jun 13, 2018
Drummer D.J. Fontana dies in his sleep. An associate of Elvis Presley, he played on “Jailhouse Rock,” “Hound Dog” and “Heartbreak Hotel,” plus country hits by Dolly Parton, Charley Pride and Waylon Jennings
Jun 13, 2019
Tom T. Hall and John Prine are inducted into the Songwriters Hall of Fame at the Marriott Marquis Hotel in New York. They enter alongside Cat Stevens, Missy Elliott and Glenn Frey collaborator Jack Tempchin