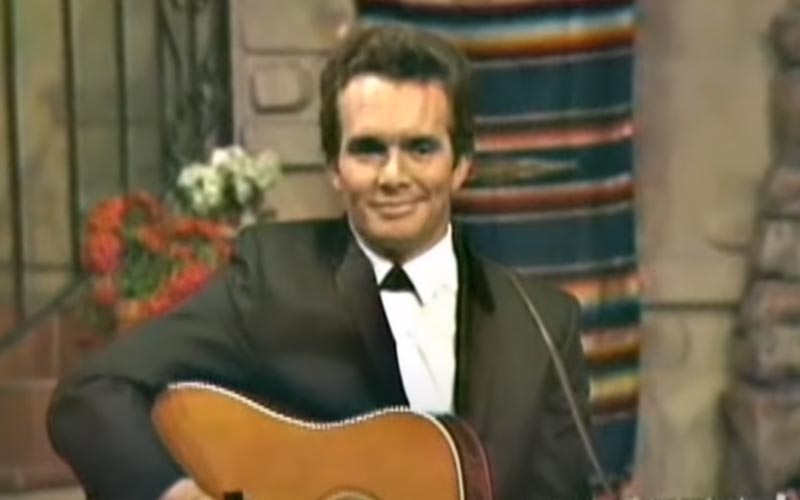 Jun 28, 1924
George Morgan is born in Waverly, Tennessee. The pop-influenced singer joins the Grand Ole Opry in 1948, just before the release of his biggest hit, “Candy Kisses.” The father of Lorrie Morgan, he reaches the Country Music Hall of Fame in 1998
Jun 28, 1940
The movie “Grand Ole Opry” debuts at Nashville’s Paramount Theater, starring Roy Acuff. Also appearing: Uncle Dave Macon and Opry founder George D. Hay
Jun 28, 1954
Ava Barber is born in Knoxville, Tennessee. She earns a minor hit with “Bucket To The South” in 1978 while a regular on “The Lawrence Welk Show”
Jun 28, 1957
Hank Locklin records “Geisha Girl,” “Livin’ Alone” and “Send Me The Pillow You Dream On” at the RCA Studios on McGavock Street in Nashville

Jun 28, 1966
Bobby Bare Jr. is born. He forms an alternative rock band in Nashville during the 1990s, years after he first appeared, at age seven, on his father’s sentimental country hit “Daddy What If”
Jun 28, 1975
George Morgan makes what turns out to be his last Grand Ole Opry appearance on his 51st birthday. Daughter Lorrie Morgan joins him in a duet, “Smile For Me”
Jun 28, 1976
Loretta Lynn records “Out Of My Head And Back In My Bed” at Bradley’s Barn in Mt. Juliet, Tennessee
Jun 28, 1978
“Convoy,” a movie based on C.W. McCall’s hit, opens in theaters with Kris Kristofferson starring. The soundtrack includes Crystal Gayle, Billie Jo Spears, Doc Watson, Merle Haggard, Kenny Rogers, Glen Campbell, Anne Murray, Gene Watson and Billy “Crash” Craddock

Jun 28, 1978
Gene Watson records “Should I Come Home (Or Should I Go Crazy)” and “Nothing Sure Looked Good On You” at the Jack Clement Studios in Nashville