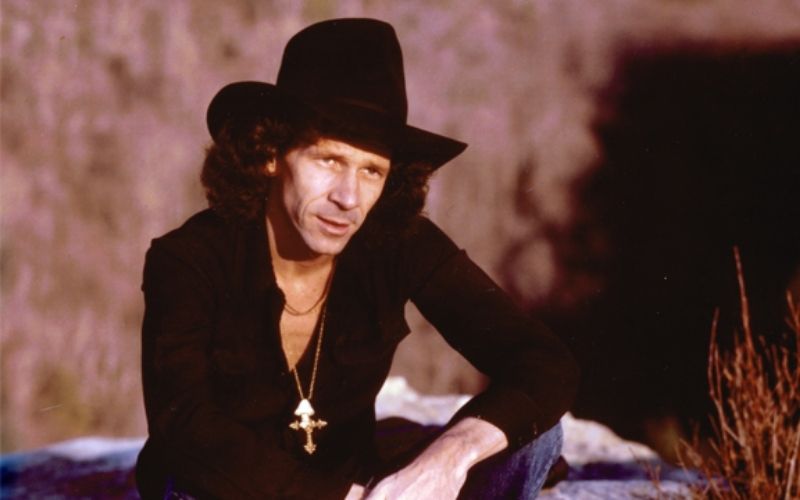 May 28, 1911
Drummer Farris Coursey is born in Mt. Pleasant, Tennessee. He goes on to play on Red Foley’s “Chattanoogie Shoe Shine Boy,” Hank Williams’ “Kaw-Liga,” Jim Reeves’ “Welcome To My World” and Bobby Helms’ “Fraulein,” among many others
May 28, 1944
Gary Stewart is born in Letcher County, Kentucky. His raw brand of honky tonk makes him a critics’ favorite, though he earns just three mid-’70s hits. They include the #1 record “She’s Actin’ Single (I’m Drinkin’ Doubles)”


May 28, 1945
Creedence Clearwater Revival’s John Fogerty is born in Berkeley, California. His composition “Lookin’ Out My Back Door” is named among country’s 500 greatest singles in the Country Music Foundation’s “Heartaches By The Numbers”
May 28, 1956
Dobro player Jerry Douglas is born in Warren, Ohio. A member of Alison Krauss + Union Station, he plays on such country hits as Randy Travis’ “Diggin’ Up Bones,” Sara Evans’ “Born To Fly,” Little Big Town’s “Boondocks” and Chris Hillman & Roger McGuinn’s “You Ain’t Going Nowhere”
May 28, 1957
The Louvin Brothers formally resign from the Grand Ole Opry to join The Wheeling Jamboree in West Virginia. When they discover they won’t receive as much pay as they expected at The Jamboree, they decide several weeks later to return to the Opry
May 28, 1962
Singer/songwriter Phil Vassar is born in Lynchburg, Virginia. He builds a series of hits as an artist on top of a songwriting resume that includes “Right On The Money,” “I’m Alright,” “Bye Bye,” “Little Red Rodeo” and “My Next Thirty Years”

May 28, 1981
Ronnie Milsap records “(There’s) No Gettin’ Over Me” at Nashville’s Groundstar Laboratory
May 28, 1981
Columbia releases David Allan Coe’s “Tennessee Whiskey.” Two years later, George Jones turns the song into a hit
May 28, 1985
Roy Acuff sells Acuff-Rose Music–including songs written by Hank Williams, Don Gibson, Roy Orbison and The Everly Brothers–to Gaylord Entertainment, which forms the Opryland Music Group
May 28, 1989
Billy Ray Cyrus tries to give Charlie Daniels a demo of “Some Gave All” when he opens for the CDB in Beckley, West Virginia. Daniels turns him down
May 28, 1991
Warner Bros. releases Travis Tritt’s “It’s All About To Change” album
May 28, 1992
On his 30th birthday, Phil Vassar writes “My Next Thirty Years” at his Nashville home before breakfast. The song becomes a hit for Tim McGraw eight years later
May 28, 1994
Tim McGraw collects his first #1 single in Billboard with “Don’t Take The Girl”