Marty Robbins had his first recording session for Columbia Records at Hollywood’s Radio Recorders in 1951. That day he recorded his debut single, Love Me Or Leave Me Alone.

In his very first session in 1956, Jerry Lee Lewis recorded The End Of The Road and Crazy Arms at the Sun Recording Studio in Memphis.

In 1960 Time magazine coined the term “The Nashville Sound,” applied to country records that use a softened approach in an attempt to gain broad appeal. The phrase becomes standard Music City jargon.

Wynn Stewart and businessman Don Spafford opened a Las Vegas club, Nashville Nevada in 1961. They called attention to the club’s hours–it’s open 24-hours-a-day–by dropping the key to the front door from an airplane into the desert. 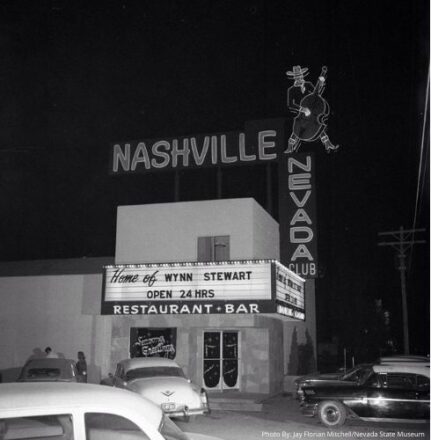 Crystal Gayle received her first gold sales certifications–a gold single for Don’t It Make My Brown Eyes Blue and a gold album for We Must Believe In Magic in 1977.

MCA released Vince Gill’s When I Call Your Name album in 1989.

Holly Dunn died of ovarian cancer in 2016. A former Grand Ole Opry member, she emerged on MTM Records in 1985, nabbing eight Top 10 country hits through 1990, including You Really Had Me Going, Only When I Love and Grammy nominee Daddy’s Hands.

Songwriter Gretchen Peters was born in Bronxville, NY in 1957. She wrote hits hits like Faith Hill’s The Secret Of Life, Martina McBride’s Independence Day, Patty Loveless’ You Don’t Even Know Who I Am and Pam Tillis’ Let That Pony Run