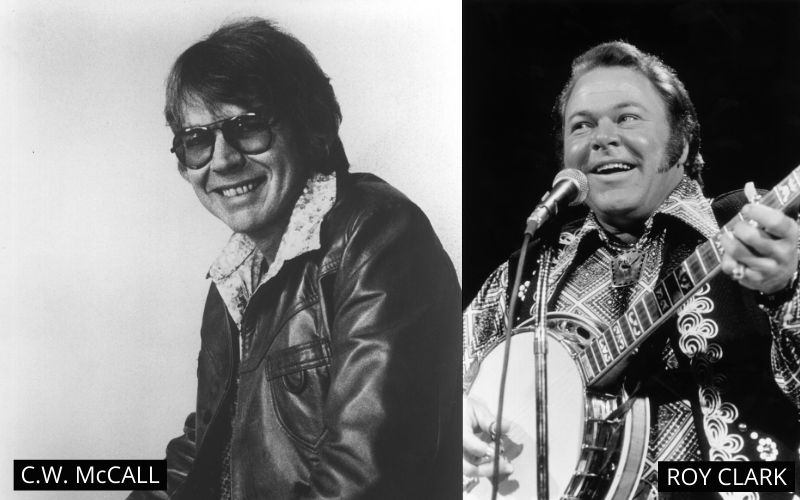 In 1943 Sydney Nathan’s King Records released its first two singles, with the artists using pseudonyms: Merle Travis and Grandpa Jones are billed as The Sheppard Brothers, and a Travis solo disc was credited to Bob McCarthy

Bobby Helms recorded Fraulein in an afternoon session at the Bradley Film & Recording Studio in Nashville in 1956.

Capitol released Linda Ronstadt’s Heart Like A Wheel album in 1974. In addition to her hits When Will I Be Loved and I Can’t Help It (If I’m Still In Love With You), it features her version of J.D. Souther’s Faithless Love, a future Glen Campbell hit.

Waylon Jennings picked up a #1 country single in Billboard with Are You Sure Hank Done It This Way in 1975.

Johnny Duncan recorded It Couldn’t Have Been Any Better in the evening of November 15, 1976 at Nashville’s Columbia Recording Studios.

Roy Clark died of complications from pneumonia at his home in Tulsa, OK in 2018. A Country Music Hall of Fame member and former CMA Entertainer of the Year, he was an impressive guitarist, a hitmaker, a skilled comic and the longtime co-host of the syndicated TV show “Hee Haw”

William Fries was born in Audobon, IA in 1929. Under the name C.W. McCall, he gained a million-selling novelty hit in 1975 with Convoy, using the lingo of the trendy CB radio to relate a cross-country trucker caravan.

R&B artist Little Willie John was born in Cullendale, AR in 1937. A colorful figure with a street image, he earned a hit in 1958 with Talk To Me, remade for country music by both Freddy Fender and Mickey Gilley.