Jim Reeves signs his first professional baseball contract to play for the St. Louis Cardinals in 1942. He was signed to the team’s D-level Albany Cardinals. He didn’t get to actually play until 1945. 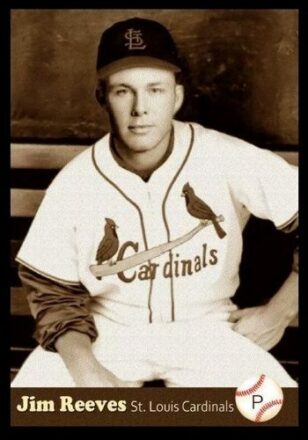 Wynn Stewart recorded It’s Such A Pretty World Today in 1966. It would become Wynn’s most successful song and went to #1 in late spring 1967.

John Conlee recorded Friday Night Blues in a midday session at Nashville’s Creative Workshop in 1979. It was written by Sonny Throckmorton and Rafe VanHoy. Sonny recorded the song first (about a month before Conlee) and his version made it to #89 on the Hot Country Songs chart in 1980. John’s version made it to #2.

Wynonna’s No One Else On Earth kicks off a four-week ride at #1 in Billboard in 1992. It was Wynonna’s third #1 from her debut solo album.

RCA released Aaron Tippin’s Tool Box album in 1995. It was recorded earlier that year at the Woodland Sound Studio in Nashville.  Tool Box was Tippin’s fifth studio album and would eventually be certified gold.

The documentary Glen Campbell… I’ll Be Me opened in New York and Nashville in 2014. It includes appearances by Keith Urban, Brad Paisley, Vince Gill, Bruce Springsteen and Sheryl Crow.

Songwriter Sanger D. “Whitey” Shafer is born in Whitney, TX in 1934. He wrote Merle Haggard’s That’s The Way Love Goes, George Strait’s All My Ex’s Live In Texas and Keith Whitley’s I Wonder Do You Think Of Me

Mark Gray was born in Vicksburg, MS in 1952. Briefly a member of Exile, he earned his biggest success as a songwriter – penning Janie Fricke’s It Ain’t Easy Bein’ Easy and Take Me Down” and The Closer You Get for Alabama. Gray also recorded three 1984 solo hits and a duet hit with Tammy Wynette.