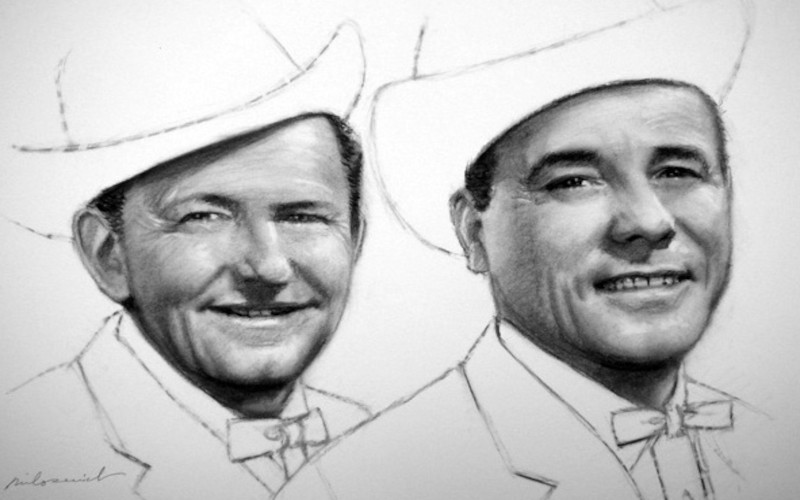 Lester Flatt & Earl Scruggs record for the first time with Bill Monroe in Columbia Records’ Chicago studio in 1946. The day yields the original version of “Blue Moon Of Kentucky” and the chart hit “Toy Heart.” It was basically the birth of bluegrass.

Jeannie Seely joins the Grand Ole Opry in 1967. She continues to perform there regularly and works hard to keep traditions going at the Opry House.

In the late 60s two of the biggest stars were David Houston and Tammy Wynette. They got together to record “My Elusive Dreams” – a song that went to #1 on this date in 1967.

Merle Haggard worked during a late night session at Columbia Studios in Nashville to record a song written by Dolly Parton in 1974. “Kentucky Gambler” featured Dolly Parton on harmony. She was inspired to write the song after hearing stories about her grandfather – apparently quite the gambler. She was on the road with Merle Haggard at the time he recorded the song.

Blues guitarist B.B. King is born in Indianola, Mississippi in 1925. He’d join another legend in 1994, George Jones on a remake of “Patches” for “Rhythm He joins George Jones to record “Patches” for the album “Rhythm Country & Blues.” That project was eventually nominated for a Country Music Association award.

Steel guitarist Ralph Mooney is born in Duncan, OK. He co-writes the Ray Price classic “Crazy Arms.” He was the go-to steel guitarist for artists like Waylon Jennings, Merle Haggard, Wynn Stewart and Buck Owens and others. You can hear his work prominently featured on this one.

Songwriter Wood Newton was born in Hampton, AR in 1946. Among his credits: Steve Wariner’s “What I Didn’t Do,” David Ball’s “Riding With Private Malone” and The Oak Ridge Boys’ “Bobbie Sue”

David Bellamy is born in Darby, FL in 1950. With his brother Howard, The Bellamy Brothers would net 17 Country Music Association nominations for duo or group, but never won…yet. David wrote most of the big hits for The Bellamy Brothers. Hear him talk about songwriting here:

Terry McBride is born in Taylor, TX in 1958. He becomes the lead singer of McBride & The Ride, which has a series of hits from 1991-1993. As a songwriter, he pens the Brooks & Dunn singles “I Am That Man,” “Cowgirls Don’t Cry” and “Play Something Country”