Bob Wills & His Texas Playboys recorded “Steel Guitar Rag” and “Trouble In Mind” among 18 songs during a session in Chicago 1936. Proving that not all parts of show business are glamorous…drummer Smokey Dacus played in the bathroom.

Porter Wagoner moved from his hometown, West Plains, MO in 1951. He left home to take a job about 100 miles away in Springfield.  That job was performing on KWTO Radio.

A few years later in 1954 at that same radio station Kitty Wells and Red Foley record the Roy Acuff-penned “As Long As I Live,” “No One But You,” “Make Believe (‘Til We Can Make It Come True)” and “You And Me”

In 1955 Bob Wills & His Texas Playboys record “My Shoes Keep Walking Back To You” in Nashville. The song becomes a hit for Ray Price two years later

“The Roy Rogers & Dale Evans Show” debuts on ABC-TV in 1962. For the following three months, the Saturday night variety show regularly features the Sons Of The Pioneers and Pat Brady.

In 1975 Earl Scruggs suffers head injuries, facial cuts, a broken nose and broken ankle when the plane he pilots crashes while landing in East Nashville

It was a wild birthday celebration for “The Killer” in 1976. While aiming at a bottle, Jerry Lee Lewis accidentally shoots his bass player, Norman Owens, twice in the chest in the living room of Lewis’ Memphis home.

In 1978 Dolly Parton hosts NBC’s “The Midnight Special,” singing “Heartbreaker,” “Two Doors Down,” “Here You Come Again” and “I Will Always Love You.” Her guests include Crystal Gayle, Anne Murray, Paul McCartney & Wings and Alice Cooper

Warner Bros. released John Anderson’s “Wild And Blue” album in 1982. It includes the Number One country hits “Swingin’” and “Wild and Blue“. It also has Anderson’s cover of “Long Black Veil” which included background vocals from Merle Haggard.

Glenn Frey joins Don Henley onstage in Los Angeles in 1989. It was a special moment as it was the first time in eight years the two founding Eagles had performed together.

Murry Kellum, who wrote Alabama’s “If You’re Gonna Play In Texas (You Gotta Have A Fiddle In The Band),” died in a plane crash on this date in 1990.

Reba McEntire made the cover of the USA Weekend Sunday newspaper supplement in 1991. She talked about the changes in her life after the deaths of eight band members in a plane crash. She said for the first time, she feels “so vulnerable”

Willie Nelson entered the Country Music Hall Of Fame in 1993 as CBS airs the 27th annual Country Music Association awards from the Grand Ole Opry House in Nashville. The CMA Awards co-host Vince Gill wins five trophies: Entertainer and Male Vocalist of the Year; Song and Album, for “I Still Believe In You”; and Vocal Event, for his role in George Jones’ “I Don’t Need Your Rockin’ Chair”

Fourteen-year-old LeAnn Rimes makes the cover of the USA Weekend newspaper supplement in 1996. “We’re the only band with a curfew,” quips bass player Curtis Randall

Remember this? “Garth Brooks… In The Life Of Chris Gaines” airs on NBC-TV in 1999.

Lorrie Morgan weds Sammy Kershaw in 2001 at the Assumption Church in Nashville. The marriage is her fifth, his fourth. Their marriage would last about six years. 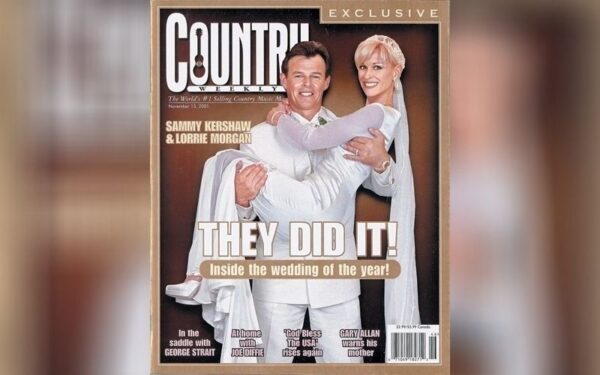 “Life Of A Legend”: The late Johnny Cash commands the cover of People magazine in 2003. 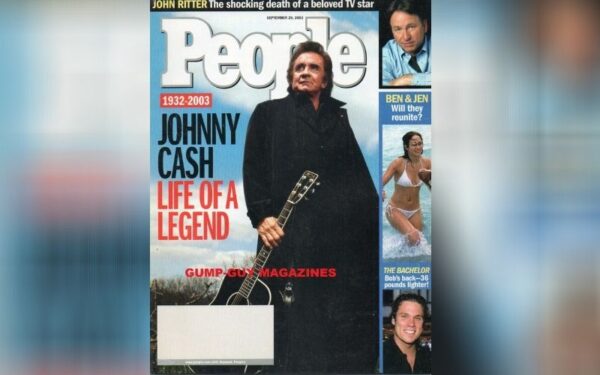 Randy Travis received a star on the Hollywood Walk of Fame in 2004. It’s located at 7021 Hollywood Blvd. 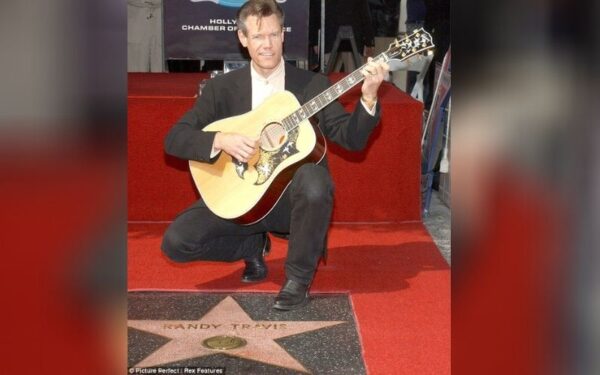 Clarence Ashley is born in Bristol, VA in 1895. The mountain singer becomes an early recording artist, and the Country Foundation cites his “The Coo-Coo Bird” among country’s 500 greatest singles in the 2003 book “Heartaches By The Number”

Gene Autry was born in Tioga, TX in 1907. Noted for his signature song “Back In The Saddle Again,” he becomes a recording artist, a movie star and, later, the owner of the California Angels baseball team. He joins the Country Music Hall of Fame in 1969

Bill Boyd was born in Fannin County, TX in 1910. He forms the Cowboy Ramblers, one of the pre-eminent early western swing bands Texas during the early-1930s.

Western swing guitarist Derwood Brown is born in Stephenville, TX in 1915. He appears on records by The Fort Worth Doughboys and Milton Brown’s Musical Brownies, led by his older brother.

Songwriter and guitarist Billy Strange is born in Long Beach, CA in 1930. A studio musician with the Wrecking Crew, he plays on country hits by Rose Maddox, Skeets McDonald and Jerry Lee Lewis

Jerry Lee Lewis was born in Ferriday, LA in 1935. The piano-pumping singer, nicknamed “the Killer,” gains early fame for his late-1950s, genre-busting recordings, but shifts into a country-centric career the following decade.

Film and TV composer Mike Post was born in Los Angeles in 1944. The creator of the themes to “Hill Street Blues” and “The Rockford Files,” he also produces several Dolly Parton hits, including “But You Know I Love You” and “Tennessee Homesick Blues”

Songwriter Nancy Montgomery was born in Philadelphia, PA in 1954. She pens Eddy Raven’s “I Wanna Hear It From You,” The McCarters’ “The Gift” and Ricky Skaggs & Sharon White’s “Love Can’t Ever Get Better Than This”

Christian singer/songwriter Bob Carlisle is born in Los Angeles in 1956. He writes Dolly Parton’s “Why’d You Come In Here Lookin’ Like That” and gains a pop hit as an artist by recording “Butterfly Kisses,” remade in country music by The Raybon Brothers.