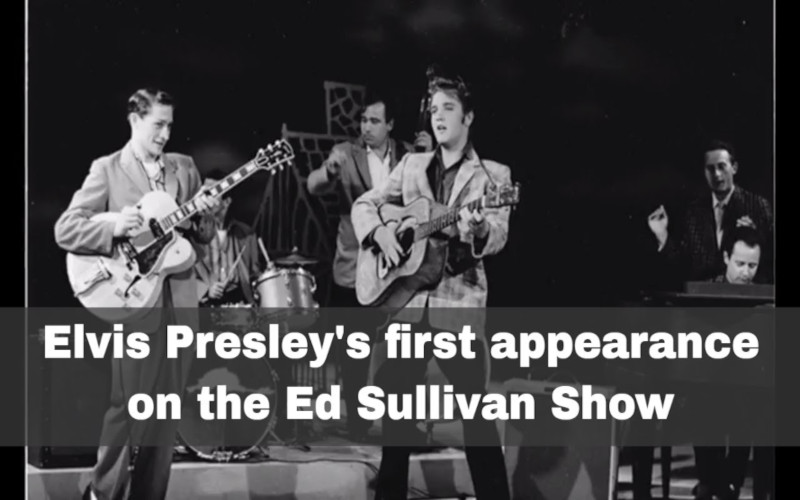 In 1956, Elvis Presley makes his first appearance on The Ed Sullivan Show. He sings four songs including “Love Me Tender” and “Don’t Be Cruel” and was shot only from the waist up. Charles Laughton guest hosts the show as Ed Sullivan was recuperating from an auto accident.

Tammy Wynette went to the Columbia Recording Studio in Nashville on September 9, 1966 to record her first single, “Apartment #9”

Buck Owens performed for President Lyndon Johnson at the White House in 1968. His set list included “Act Naturally,” “Gentle On My Mind,” and “I’ve Got a Tiger By the Tail.”

In 1975 Tom T Hall shoots a pilot for a talk show, but unfortunately it never made it on air.

In 1981 Alabama records “Mountain Music.” It took three years for Randy Owen to write it. “Mountain Music” was released in January 1982 and became the group’s sixth #1.

We lost Bill Monroe in 1996, five months after suffering a stroke. The “Father of Bluegrass” joined the Grand Ole Opry in 1939 and the Country Music Hall of Fame in 1970.

Tom Wopat was born in 1951 in Lodi, Wisconsin. The Dukes of Hazzard Star is also musically inclined. He co-stars opposite Reba McEntire when she appears in Broadways, “Annie Get Your Gun.” He also hosted TNN’s “Prime Time Country.” Did you know he wrote Earl Thomas Conley’s “Shadow of a Doubt”?

Joey Martin was born in Alexandria, IN in 1975. She’d go on to join her husband, Rory Feek to form Joey+Rory. The duo was named Top New Vocal Duo by the ACM in 2010. We lost Joey Martin Feek on March 4, 2016 after a lengthy battle with cancer.