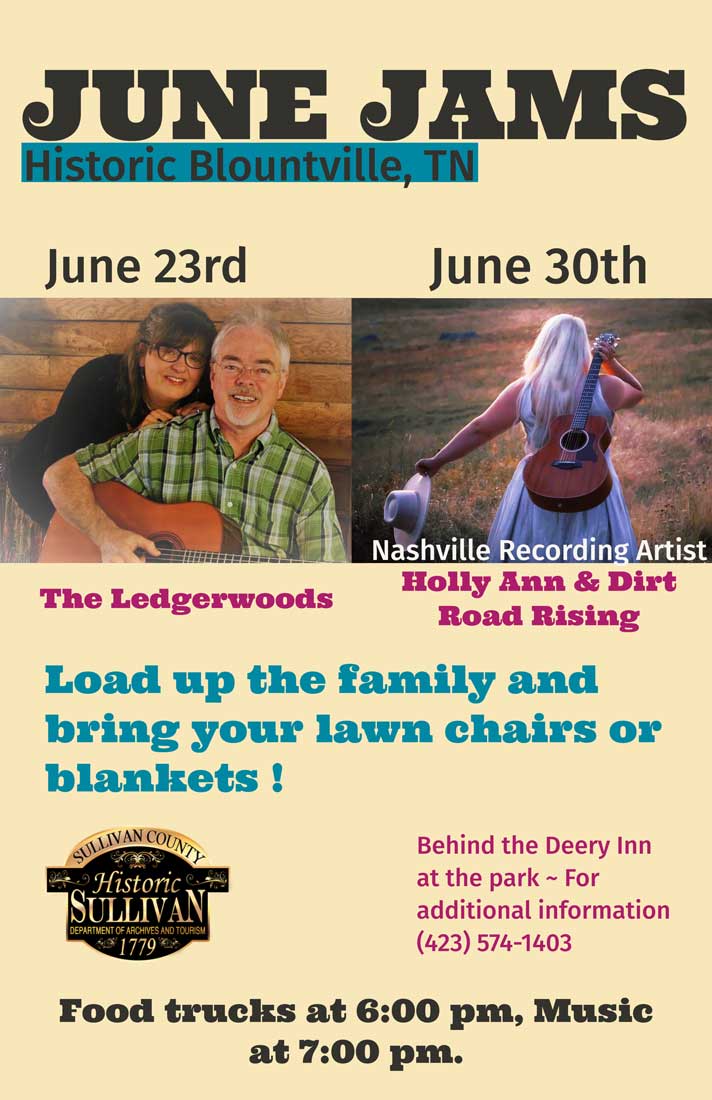 Reserve the dates of June 23rd and June 30th

On June 23rd, the fabulous Ledgerwoods

The Ledgerwoods are an eclectic mix of original music, folk, gospel, Americana, and blues music!

David began learning to play guitar at age nine and played with a variety of groups including “East Street” and “Image.” Ann grew up singing harmonies with her sisters Cathy and Carol.

They released their first CD in 2009 recorded in their home studio “Tripod Recording”. “Face the Wind” is a collection of 12 original songs of a variety of styles.

This country band is based out of Mountain City East Tennessee. They do a mix of old and new country music, some southern rock and some original music guaranteed to keep you on your feet.

Both concerts will be held at the park behind the Old Deery Inn in downtown Blountville, Tn. Bring your chairs or blankets and enjoy music under the stars.