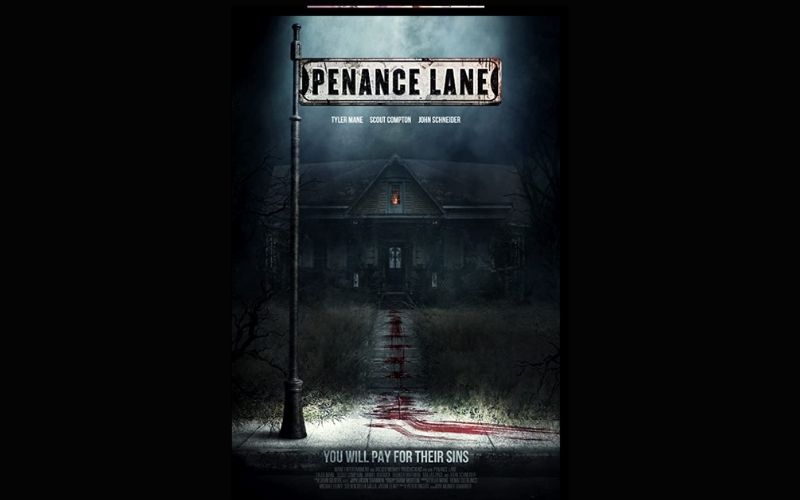 Since it’s Halloween tomorrow, I decided to try to give you something new to watch tomorrow night.  Something scary from 2020.  Last night I wanted to watch a newer slasher type movie.  Or at least one that appeared to be a slasher movie.  So after about 15 minutes of scrolling through several options, I chose a movie called Penance Lane.  It’s a 2020 movie that ended up starring a few former professional wrestlers including Tyler Main who was also in the Rob Zombie Halloween movies.  Also Booker Huffman and Diamond Dallas Page.  The only star really in the movie was John Schnieder and truthfully seeing his name on it was the reason I chose this movie.  Tyler Main plays a criminal who had just been released from prison and he takes a handyman job at a dilapidated house owned by John Schnieder.  Things get crazy from there.  That’s assuming you can watch it long enough to see that part actually happen.  This movie was worse than I could have imagined.  The story line wasn’t terrible but the acting was.  It was kind of a suburban version of the Texas Chainsaw Massacre….only nowhere near as good with the acting.  100% avoid this movie.  I give it ½ of a thumb up out of 5 thumbs.  And honestly, my thumb is not the finger I wanted to give it.  Avoid Penance Lane.

Mark’s Movie Review – “On The Rocks”