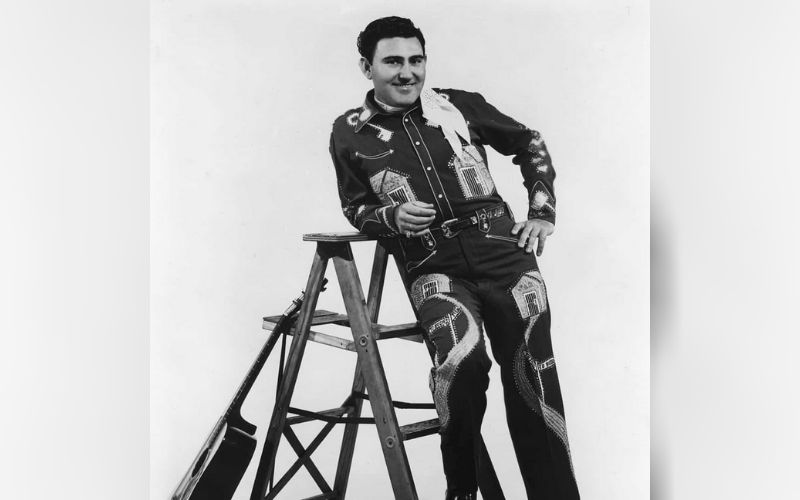 One of the greatest stars of country music’s honky-tonk heyday, the 1950s, Webb Pierce had thirteen singles top the Billboard charts in those years—more than any of his illustrious contemporaries.

He was known for his colorful suits and personality. He helped to popularize the Nudie rhinestone suits in country music. He enjoyed a string of hits throughout the 1950s and 1960s, the peak of which was “In The Jailhouse Now”. It would spend 21 weeks at #1.

Webb Pierce was one of the legendary personalities in country music history. He lined his convertibles with silver dollars and even had a guitar shaped pool. Because of the pool, his house became a tourist attraction, which resulted in a court battle with his neighbor, Ray Stevens. 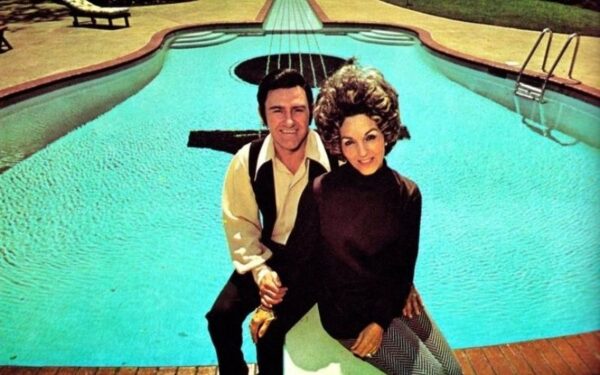 The controversy surrounding Webb Pierce was not limited to just his personal life. “There Stands The Glass” would be banned by numerous radio stations for fear that it’s content would have a negative influence on younger listeners. Pierce took the song to #1 anyway, where it would remain for 3 months.