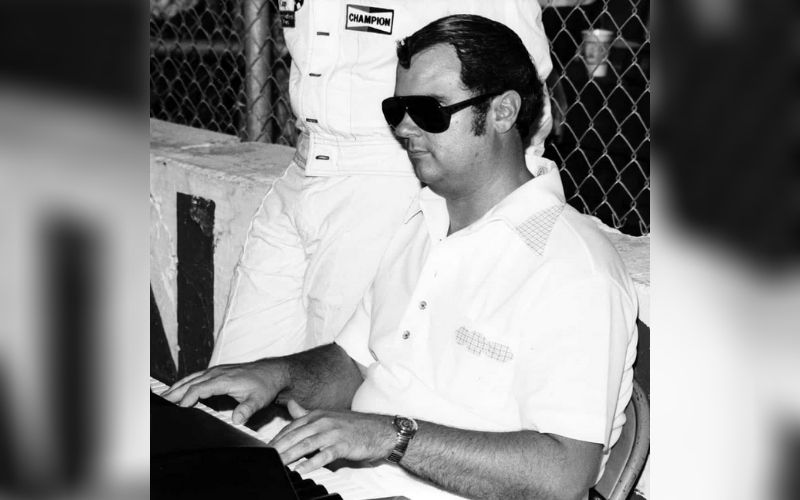 Working thousands of recording dates since the late 1950s, Hargus “Pig” Robbins has contributed to dozens of hits by artists in country, rock, folk, and pop.

He was born Hargus Melvin Robbins in Rhea County, Tennessee, on January 18, 1938. A knife accident at age three robbed him of his sight, and he went on to study classical piano at the Tennessee School for the Blind, beginning at age seven.  “I got [the nickname] ‘Pig’ at school.” Robbins explained. “I had a supervisor who called me that because I used to sneak in through a fire escape and play when I wasn’t supposed to, and I’d get dirty as a pig.”

He developed his love for music by listening to pop and jazz pianists like Floyd Cramer, Ray Charles and Poppa John Gordy. But the first hit he contributed to professionally, was a little different than the jazz standards he loved…

Robbins had the reputation for only needing to hear a song once before he had it down. His influence spans decades, as he won “Musician of the Year” in both 1976 and 2000. Robbins’ piano style can be heard on thousands or recordings, including this one.

“Pig” Robbins had a knack for coming up with great piano intros. Harold Bradley once said, “Pig has come up with more identifiable licks than anyone,” His touch on songs like “Don’t It Make My Brown Eyes Blue” and “Behind Closed Doors” make him one of the most successful and influential piano players in Nashville’s history.

To learn more about this Hall-of-Famer, visit the Country Music Hall of Fame and Museum.