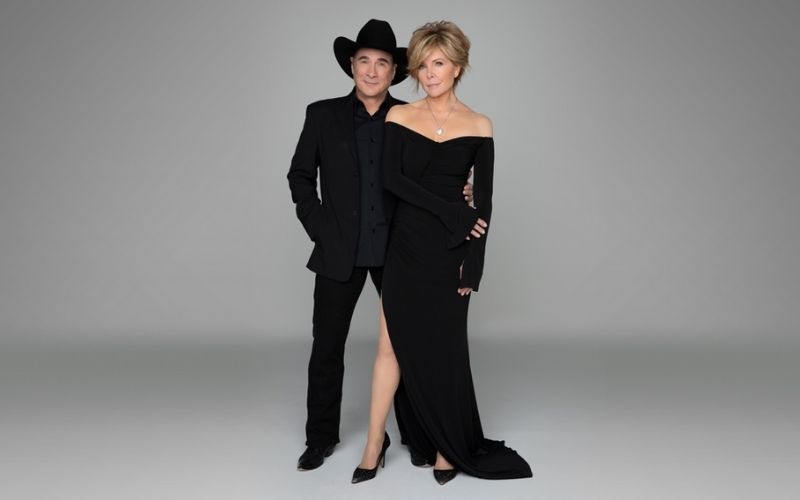 Clint Black and wife Lisa Hartman Black were revealed to be the Snow Owls on Fox’s “The Masked Singer,” and their time on the show has actually inspired a new song.  The tune is called “Till The End of Time” and will be released to streaming services on December 3rd.

“The first thought after doing the show was we should record one of those songs [that we sung on the show]. Then I thought I should write us a new duet. We should record something,” Clint tells “Entertainment Weekly. “We enjoyed singing together again, and Lisa was up for it. So I just wrote us a new duet and recorded it in record time.”

The pair will sing the when they perform at the Ryman Auditorium on December 2nd, which will be their first full concert since the lockdown.

And hey, we may wind up hearing more from the Snow Owls. When asked if they’d ever release an album, or a “Snow Owlbum,” as Clint joked, he shared, “You know, I think we got about half an album of duets now that we’ve recorded, but that’s a good idea,” adding, “We actually thought about doing those songs that we did on the show, so that would be a possibility maybe down the road.”