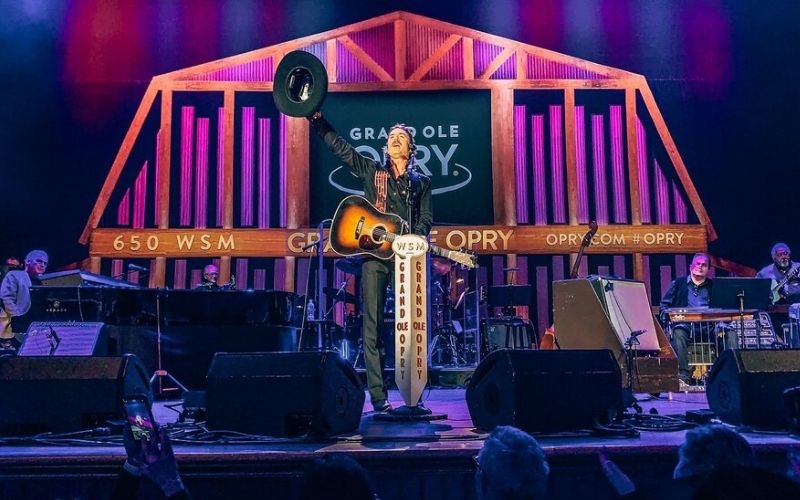 James Carothers is making a name for himself with a brand of country music that pays tribute to his heroes. He was selected by Nancy Jones, the widow of George Jones, to perform regularly at The George Jones in Nashville. He received a standing ovation in January during his Grand Ole Opry debut and Carothers has opened for Alan Jackson, Trace Adkins and several others.

In addition to supporting his young family and connecting with other musicians and songwriters, performing downtown has helped James build a large fan base of folks drawn through the doors by the booming voice echoing down Broadway and 2nd Avenue. Playing so many shows in a relatively short time-frame in a city with an excess of raw talent forced him to sharpen his stage show quickly and continue to refine the thing he’s always enjoyed most — entertaining and interacting with his audiences in a way that leaves most people feeling like they’ve made a new friend.