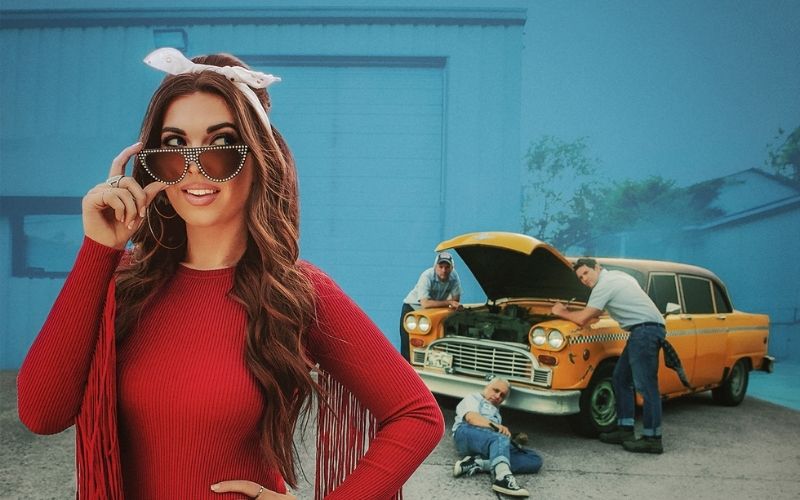 There Goes the Neighborhood, the debut album by Jenny Tolman, casts the clever newcomer – hailed by Sound Opinions as a “storyteller par excellence” – as a member of a high-class, white trash welcoming committee, an observant woman who sees other people on her own fictitious block through a humorous, surface-scraping veneer.

Tolman conveys her songs with “the sass of Nikki Lane mixed with the clever wordplay of Brandy Clark,” according to Rolling Stone, making a scintillating statement about the complexities of modern femininity by exploring her own womanhood through a make-believe town.

Music provides the ideal vehicle for Tolman to examine a sometimes-painful world with a blast of sardonic humor as she continues to distance herself from very difficult teen years and fully embrace her bold, brazen adult viewpoint.

“We live in a society where you’re told not to feel things,” she says. “But that’s literally what you survive off of: your feelings and your instincts.”

That Tolman would turn to music to find her way makes complete sense. She grew up in Nashville, the daughter of a talent buyer who started in music as a member of a barbershop quartet, the Indian River Boys. Interacting as a concert professional with the likes of Garth Brooks, Vince Gill and The Oak Ridge Boys, the Tolmans established a safe home environment while treating stardom as if it were run of the mill.