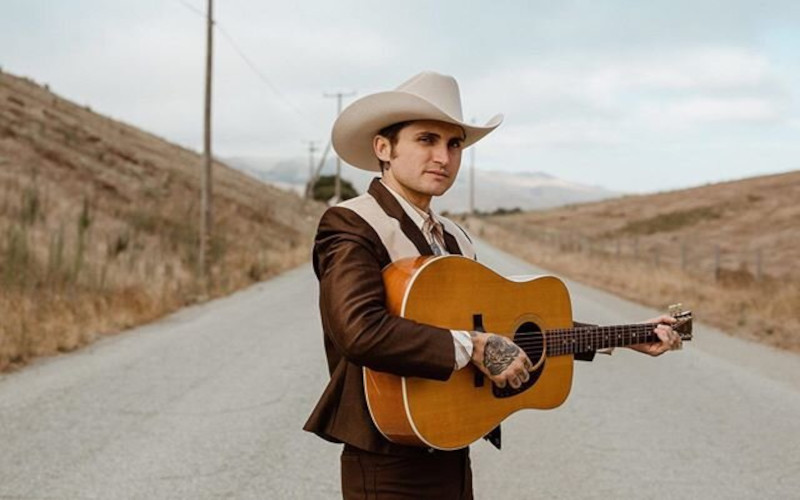 Two years after releasing his self-titled debut — an album whose songs mixed the twang of classic country with greasy, roadhouse-worthy muscle, earning its creator an Ameripolitan Award for Honky Tonk Male along the way — Jesse Daniel is Rollin’ On.

Inspired heavily by the California country music that’s been emanating from his home state for decades, Rollin’ On finds Jesse Daniel in fighting shape, clear-eyed and inspired after overcoming the addictions that haunted his teens and early twenties. It’s a record about momentum, redemption, and the realization that the darkness of your past doesn’t have to dim the brightness of your present. Co-produced by Grammy-nominated legend Tommy Detamore, Rollin’ On is perhaps most importantly a modern update of a timeless sound — a California country record for the 2020s, with one boot planted in the same sonic territory that Buck Owens Merle Haggard once occupied, and the other pointed in a direction that’s entirely Daniel’s own.

“I’m a nut for the Bakersfield sound,” says Daniel, who grew up in a rural mountain town outside of Santa Cruz. “It’s really become a part of my songwriting. This record is all about taking a step forward, but it also carries on the tradition of country music made in — and inspired by — California.”