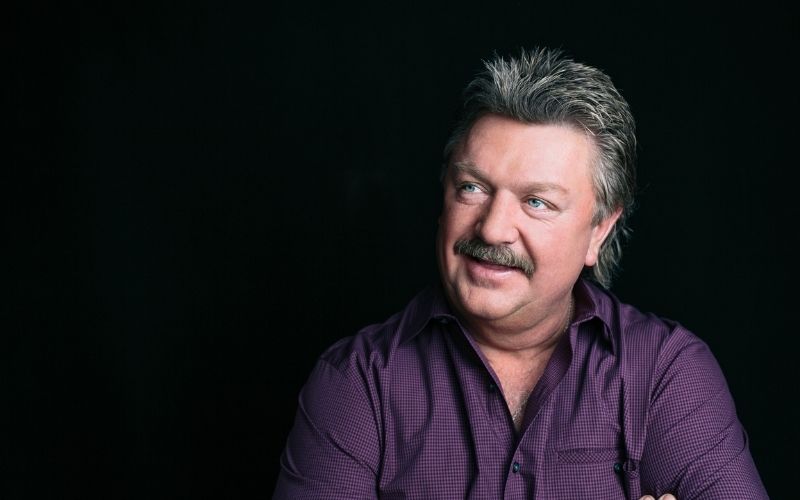 During his career as a country singer, Joe Diffie always walked on the traditional side of the street, or maybe the long lonesome highway. He was known as a hit songwriter before he started his career as a country music singer, but before that he played in rock bands and gospel groups. He also spent six years touring and recording with a bluegrass band called Special Edition. When Rounder asked him if he’d like to make a bluegrass album he jumped at the chance. With Grammy-winning producer and engineer Luke Wooten at his side, Diffie assembled an impressive cast of super pickers like Rhonda Vincent, Alecia Nugent, Rob Ickes, and the Grascals, who add their chops to a new tune penned by Diffie and pal Shawn Camp, “It’s Raining on Her Rubber Dolly Now.” The song is a take on divorce with the kind of over the top emotion that often gives country a bad name, but Diffie’s understated vocals and Jeremy Abshire’s weeping fiddle strike the perfect balance between pathos and despair. He revives the shoulda-been hit “Tennessee Tea,” a tune he wrote in his days with Special Edition, and takes it at a faster than light tempo. His phrasing on this ode to illegal drink suggests George Jones at his wooziest. Diffie settles down into a relaxed grove for a cover of Flatt & Scruggs’ “Somehow Tonight” and pulls out all the emotional stops for Camp’s “Lonesome and Dry as a Bone,” the tale of a man mourning for his deceased lover without the aid of alcohol. There’s not a weak track here, and Diffie’s wailing lead vocals and name recognition will hopefully fan the fires of the current revival of interest in traditional bluegrass. – J.Poet. (Allmusic.com)