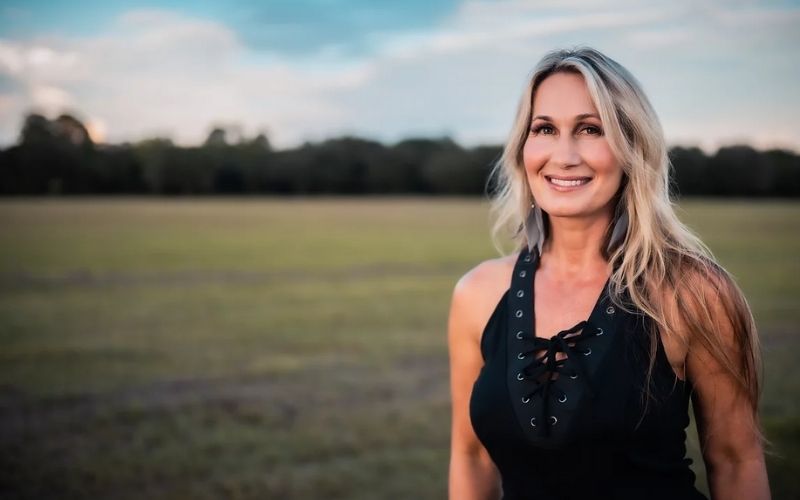 Independent country artist Sandee June has a way of drawing you in with her rich, soothing tone and
instantly connecting you with the lyrics of a song. She’s a singer, songwriter and lifelong Texan who grew
up listening to her parents’ music – Michael Martin Murphey, James Taylor, Linda Ronstadt, Cat Stevens
and Elton John. She admits she has classic rock in her soul, but when she sings, it always “comes out
country.” Maybe that’s because time spent with her grandparents always included listening to Patsy
Cline and Loretta Lynn – two of her all-time music heroes. There’s no doubt you can hear the influences
of these two country music icons every time Sandee June steps up to a microphone.

Just like her heroes, the storytelling quality in her voice is not something she learned – it’s a God-given
gift that perfectly reflects the experiences of her life. You see, Sandee June’s path in music isn’t typical,
but one she is uniquely carving on her own, fueled by words of wisdom from her parents that she’s
carried with her since she was a child.