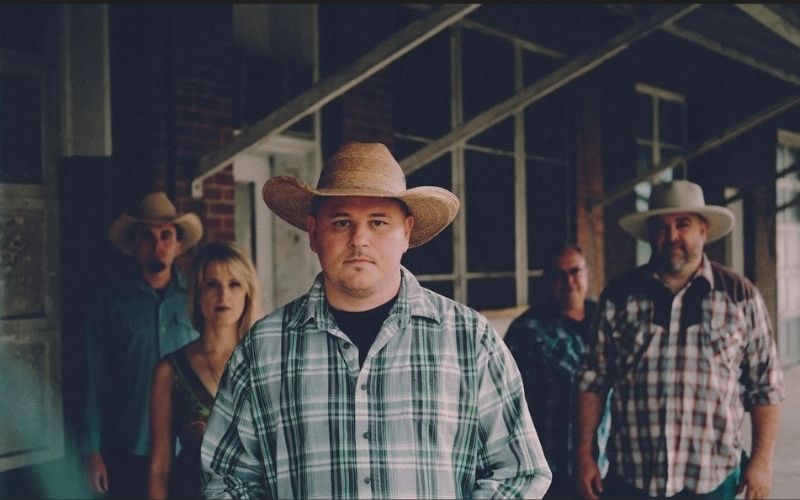 Lead singer and songwriter for The Dimestore Cowboys, James Brashears tells the story of how he came to be the man he is today.  The short version; country music is who he is.  The songs that fill the rooms of the venues that The Dimestore Cowboys frequent are stories.  Stories of fighting bulls for the rodeo and watching celebrity cowboys from the dirt.  Country songs have always been about telling great stories and these guys have them to tell.

Around 2005 James Brashears & Jason Shaffer (bass player) worked together for a locally owned company when they realized that they shared a love for old country music.  James, born and raised Middlesboro, Kentucky had been recording some old gospel tunes in a local studio and shared some of the recordings with “Shaffer”.  The two of them started joking around about the idea of writing country songs together and playing shows.  This was the beginning of “The Dimestore Cowboys” but at the time they went by the name “JB5’n Dime”.  15 years, hundreds of shows, 3 records, and 3 added band members later, today the guys still share that same love for old country but fleshed out in new songs.  James B. is the lead singer for the band, Jason Shaffer plays bass.  Tyler Petty plays guitar, Chris Ryan play drums, and Lisa Pattison plays fiddle.