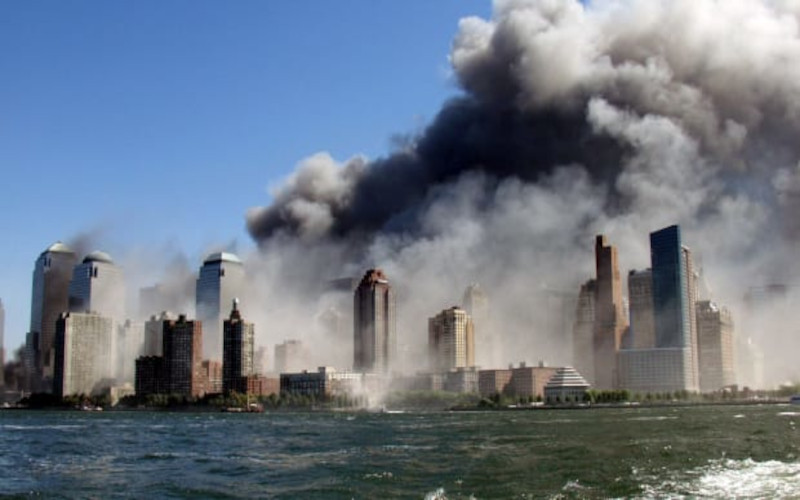 On this week’s Songwriter’s Spotlight, we’re highlighting the songwriters who helped us get thorough a horrific national tradegy 19 years ago.

“Have You Forgotten?” is a song about the September 11th attacks and the aftermath. It was recorded by Darryl Worley, who wrote it with Wynn Varble. It was released in March 2003 and made it to No. 1 on Billboard‘s Hot Country Songs Chart for seven weeks and peaked at number 22 on the Billboard Hot 100. It would become Darryl Worley’s biggest mainstream hit.

“Where the Stars and Stripes and the Eagle Fly” is a song written by Kenny Beard, Casey Beathard and co-written and recorded by Aaron Tippin. It’d make it to the #2 spot on the Billboard Hot Country Charts.  All proceeds from the single went to the Red Cross and its relief efforts for the families of the September 11th attacks. According to then label president, Randy Goodman, the single raised approximately $250,000.

“Where Were You (When the World Stopped Turning)” is a song written and recorded Alan Jackson.  He wanted to write a song capturing the emotions surrounding the attacks, but found it difficult to do so, naturally. He debuted the song publicly at the CMA’s annual awards show on November 7, 2001. The song won was #1 for five weeks and won multiple awards at the Academy of Country Music, Country Music Association and Jackson’s first Grammy Award for Best Country Song.