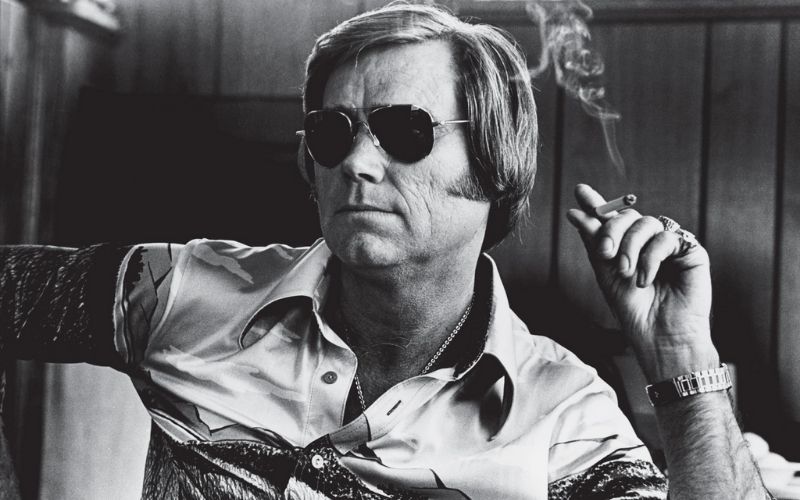 Though he’s known for his tear-soaked voice – perhaps the best country music has ever heard – George Jones was also extremely talented with a pen. Not only did he write many of his own songs, but he also wrote hits for other artists.

Jones was quoted often as saying Window Up Above was his greatest composition. As for his inspiration, Jones said,  “I wrote it in about twenty minutes. I just came in off the road, about eight in the morning. While breakfast was being fixed, I just sat down in the den and picked up the guitar, and it was as simple as that. Sometimes it’s hard to even figure where the ideas come from.”

George Jones took it to #2 on the charts and Mickey Gilley took it all the way to the top in 1975.

George Jones often collaborated with other artists when writing songs. He teamed up with Roger Miller to come up with a fun tune that they’d both record and release. George included it on his 1958 album Long Live King George and Roger put it on A Trip in the Country in 1970, but it wasn’t until 1995 when it’d really make the pair some money – that’s when Alan Jackson released Tall Tall Trees and took it to #1.

As many artists do, George Jones often got inspiration from events in his life. At the time he wrote this one with his longtime friend Earl “Peanut” Montgomery, he and Tammy Wynette had just reconciled after Tammy filed for divorce in 1973. Jones said, “I was tired of waking up sick and having people talk about me – having my wife and children mad at me…I just looked at the situation and realized all the pain I was causing and all the pain I was suffering wasn’t worth it. We love each other very much.” George and Tammy would take the song to #1 – a first for Jones in several years.