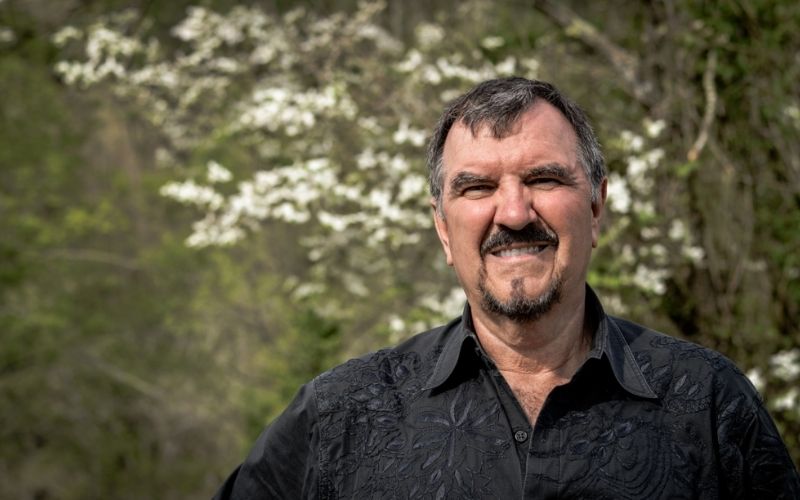 Larry Cordle was born and raised on a small family farm in eastern Kentucky. While a young child he was introduced to bluegrass, country, and gospel music, by his great grandfather Harry Bryant, an old-time claw hammer banjo stylist, fiddle player and dancer. After being honorably discharged from the Navy and receiving a bachelor’s degree in accounting, Cordle worked for a CPA during the day and wrote songs and played in clubs at night. His childhood friend and neighbor, Ricky Skaggs heard one of the new songs Cordle wrote and it changed his life…

In 1985, at Ricky’s urging, Cordle, by now out of the accounting business and back playing nightclubs again, gave up the security of a full-time gig to move to Nashville and become a staff songwriter for Ricky’s new company, Amanda-Lin Music, with whom he (Ricky) had wisely partnered, with Lawrence Welk’s mega successful publishing company, Welk Music. “Two hundred bucks a week,” Cord laughs, “that wouldn’t go far these days but I made myself a promise that if I ever got a chance, one foot inside the door, that I was gonna work my behind off, as hard as I could to stay inside of it. I met people there at Welk… Jim Rushing, Carl Jackson, Lionel Delmore, Johnny Russell, Dickey Lee, Bob McDill, countless others, and learned what it was gonna take to be a ‘real’ songwriter from them.” They taught me the ropes and I had the talent God gave me, some incredible luck and much love, help and encouragement from my peers and my family.

But it was this song written by Larry Cordle that really spoke for a large number of country music fans.,,

At last count, Cordle’s songs had appeared on projects that had to date sold a combined total of more than 55 million records, by artists such as Ricky Skaggs, Alison Krauss, Rhonda Vincent, Garth Brooks, George Strait, Trisha Yearwood, Reba McEntire, Diamond Rio, Alan Jackson, Trace Adkins and many others. Cordle also fronts a well-known band in the Bluegrass and Americana circuits called Lonesome Standard Time. You can find more about this gifted musican on his website.