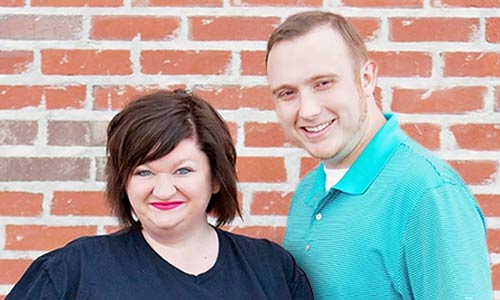 A hometown girl from Bluff City, Jennifer studied broadcasting at East Tennessee State University and got her first radio job during her sophomore year. She’s worked in almost every job in radio from producing talk shows to anchoring news on one of the nation's highest-rated radio stations to playing Timeless Country Music. Ten years after graduating, Jen married the fella she had a crush on in high school - sometimes patience pays off! Just like her morning show co-host, his name is Cody and yes, it gets confusing! Their son, Richard, is in third grade and is quickly growing into a chip off the old block. To unwind, Jen watches baseball, collects t-shirts, and goes on as many road trips as humanly possible. Join her each weekday morning from 5-10 on 96.3 The Possum and find out how she earned the nickname, “The Jeneral.”

Born and raised in Greeneville, TN, Cody knew what he wanted to do with his life from a very early age. He graduated from Tusculum College with a degree in broadcasting and found work almost immediately in radio. Cody not only co-hosts Good Morning Tri-Cities with Jen but also holds the position of Music Director at 96-3 The Possum. This allows him to take his love and knowledge of country music and put it to good use! Cody’s hobbies include saving money, not spending money, and making money. He also enjoys spending time with his family and friends. You can hear Cody every Monday through Friday from 5-10 am.

Copyright 2020, 96.3 The Possum by Appalachian Radio Group .  All Rights Reserved.